For around 20 years I have been helping those who are going through tough life situations and those who search, improve and take care of their souls.

As well as, I hold lectures, seminars, and practicums. I analyze the teams’ concentration level and personal effectiveness using up-to-date biofeedback and neurofeedback systems and using practical testing methods licensed in the EU and USA.

Besides, I have a few years of experience in referee testing and preparation for world championships in FIBA. In addition, as there is a clear parallel connection between sports and business, I consult Lithuanian and international business companies. The major principles of my consultations are based on my unique work experience in different sports organizations worldwide. 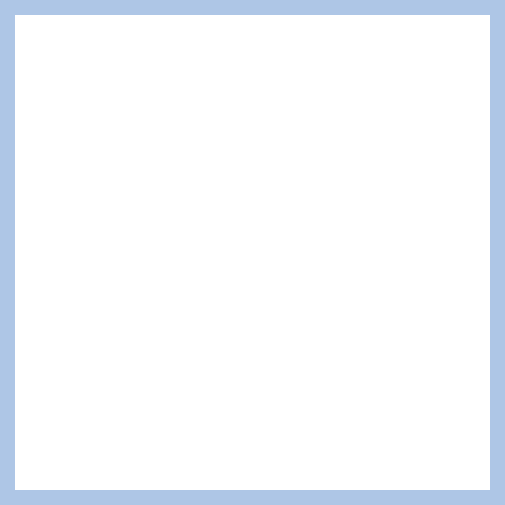 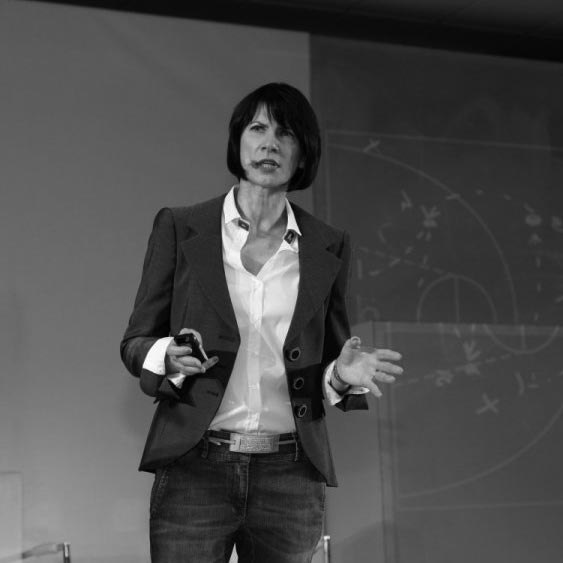 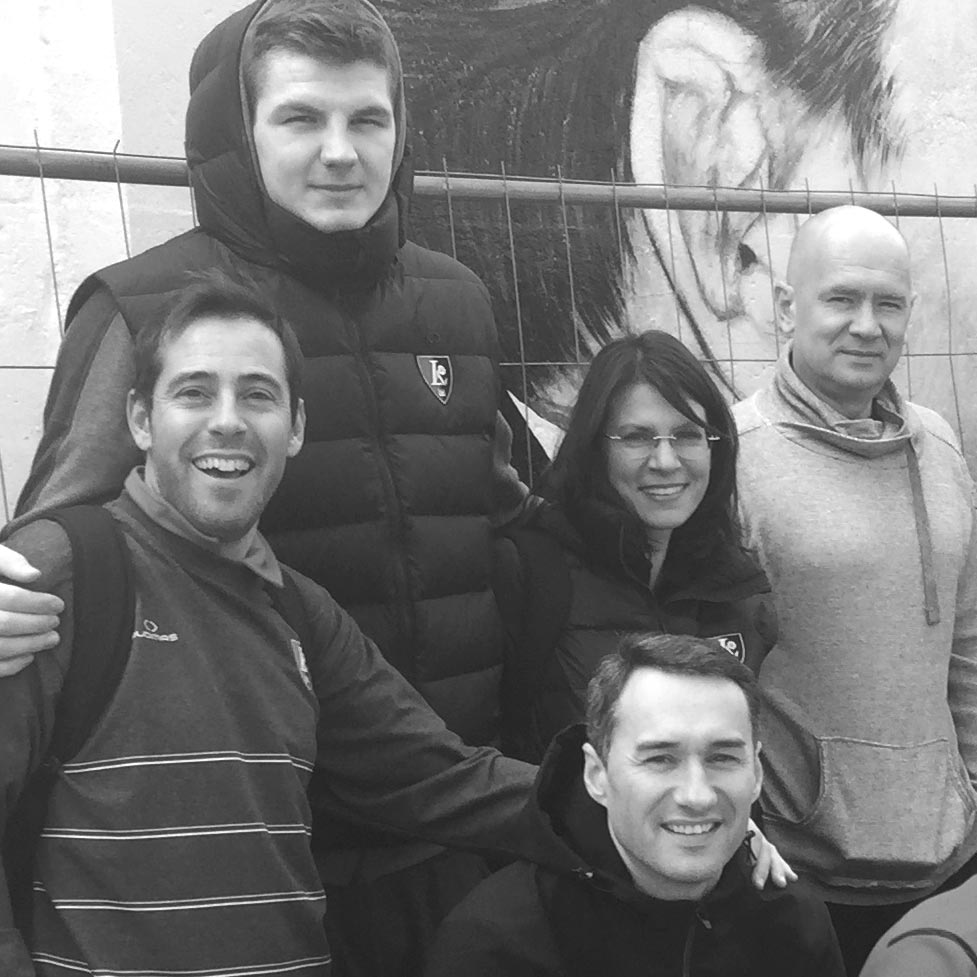 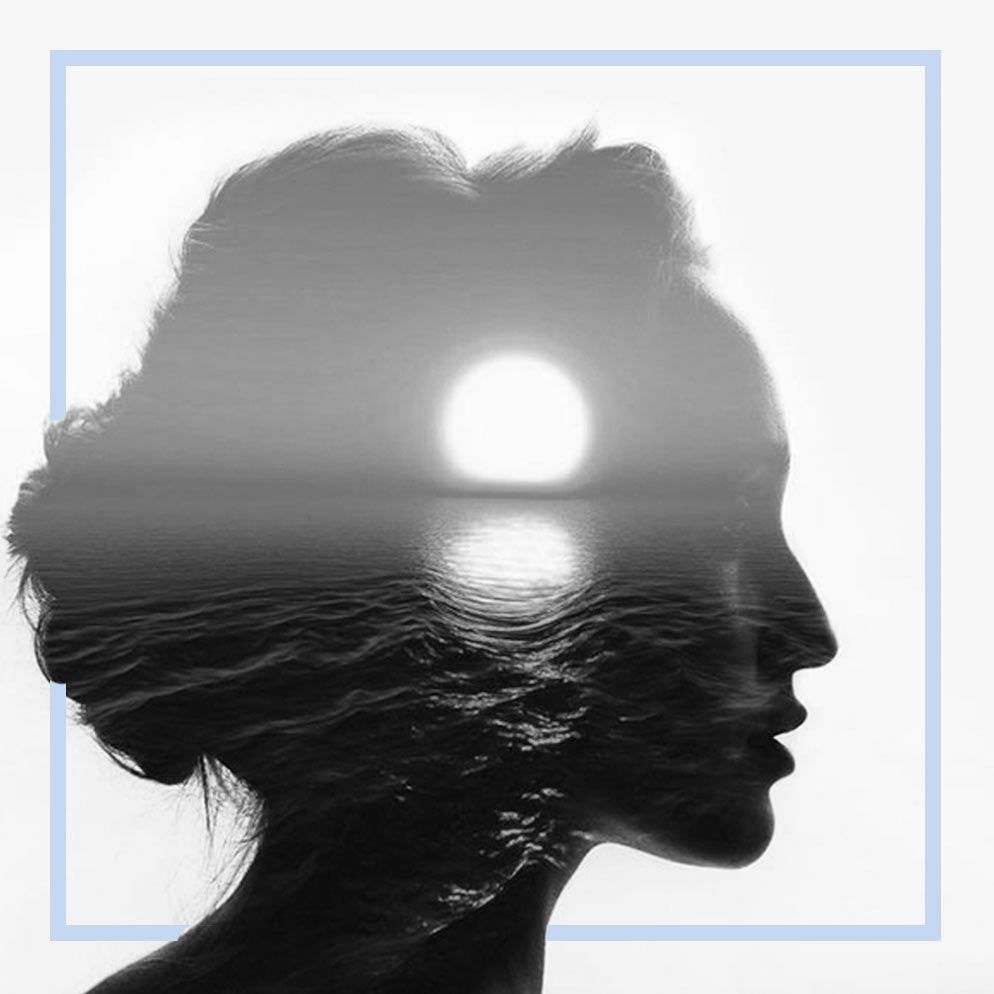 When not only the body hurts, but also the soul. Or maybe, when it is hard to differ what hurts more- the body or the soul?

”
Be water, my friend

Water – one of the most widespread matters on earth, the beginning of everything, the start of being, the brother of chaos.

Water or the ocean stands as a great metaphor for understanding the superficial nature of a human being. Also, it can be a metaphor for one’s great depth and inner strength. Water adapts and it adapts through all of its physical forms- changing shape, temperature or volume. During a storm, we can look at the ocean and see giant waves shattering all around. At first glance it looks devastating; however, looking beyond the surface we realize that the major part of the ocean is still, deep and calm.

A conscious and fulfilled human being becomes one with water and finds his ocean. Thereby, any stress or challenges encountered becomes only part of the „ocean‘s surface“.

The ability to reach the depth of your spirit, like diving deep into the ocean, helps to overcome any physical or mental fatigue… helps to leave YOURSELF alone… leave OTHERS alone… A great power could be found in this particular mindset. 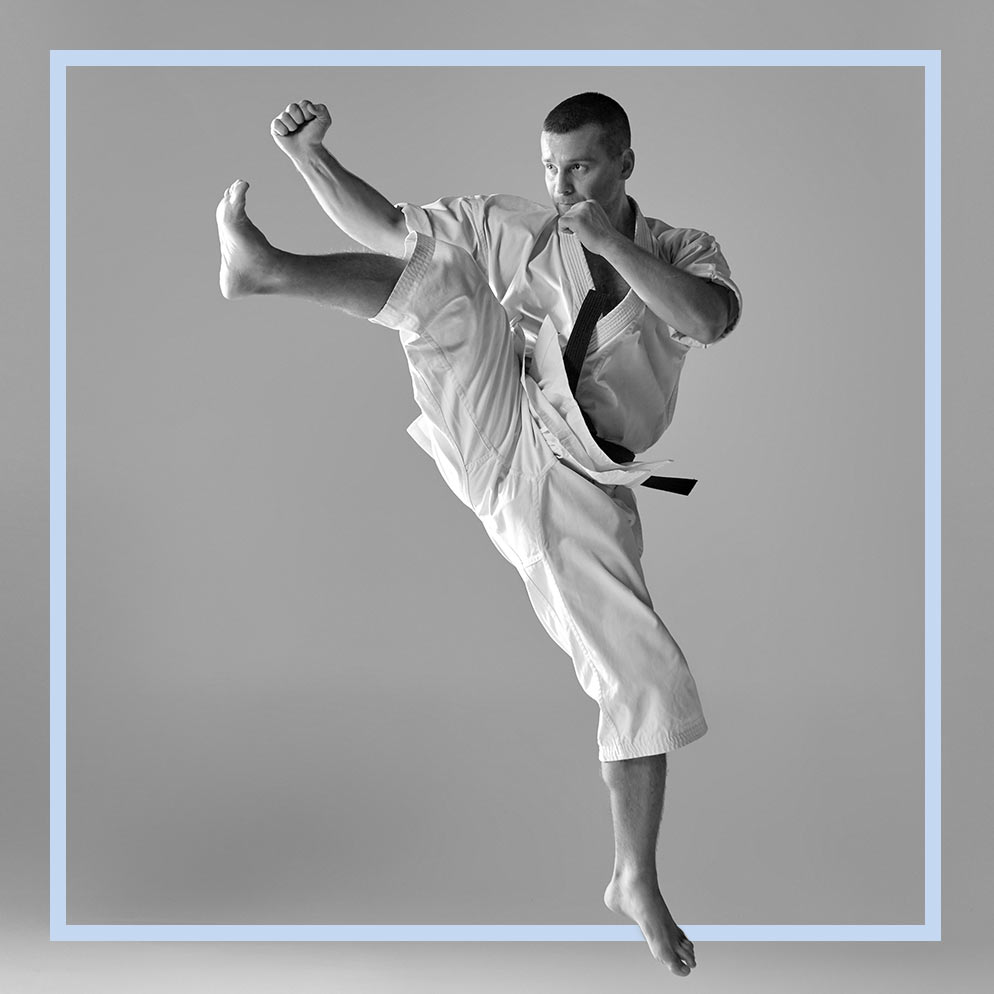 In everyday life, sports psychology is a concept. Psychology in life is an everyday sport.

The most important formula to implement in sports is maximum performance= maximum concentration + maximum relaxation.

As symbolic as it might seem, the origin of sports comes from war. War needs great warriors and sports needs great athletes. Around the 8th century, BC Homer spoke about a society that celebrates heroism and competitive spirit. People especially tended to worship great warriors and their fighting skills and athleticism. In ancient times, an athlete had only one goal to achieve „Nike“- his victory. Victory gave the only satisfaction to athletes because it was the only thing that represented the human’s physical and moral capabilities. Today, all the experiences of an athlete cover a much wider range of elements. These elements include time, being in the moment, one‘s will, faith, anxiety, self-belief, the ability to self-challenge, regenerate physically and mentally and be in a team. These elements of a human being play a huge role not only in sports but also in everyday life. You only need to identify and understand them.

In everyday life, sports psychology is a concept. Psychology in life is an everyday sport.

How much does an athlete chooses to be conscious and have a clear intention to be more than his particular sports field – be more than just an athlete? I am talking about the whole life of an athlete, not only his 10-20-30 professional years in sports, where all of his physical and mental reserves are drained to zero. Keeping in mind all the significant salaries and million-dollar contracts, a person is left with nothing apart from these things after his professional career as an athlete. Mental muscles need to be trained as well and everyone needs to develop their spiritual spine. It’s a precious thing when one is aware of that. For instance, Andrés Iniesta, a central midfielder in a Spanish national football team graduated biology studies; the basketball coach David Blatt graduated in English literature; the Brazilian footballer Sócrates was a pediatrician; the retired NFL player Myron Rolle became a neurosurgery resident; the NBA legend Steve Nash was awarded an Honorary Doctor of Laws degree by the UVic; another NBA player Pau Gasol graduated from Barcelona’s medical school. There are way more examples where athletes invest in themselves as people, as thinkers and as intellectual human beings.

My practice shows that in the long run, people who achieve greater in sports are those who have patience, consistency, self-respect, respect to others and those who calmly invest in their intellectual and mental states. Usually those who are kind, humble, emphatic and healthy-minded succeed or get lucky. More often, those are the ones who develop healthy relationships with coaches, administrations, federations, staff and fans.

Unfortunately, the majority of people want things to come now and fast. Psychological strength is not fast food. In order to develop psychological strength, one needs to “eat healthy”, “chew long and slow”. Otherwise, disappointment comes and opens up a broad range of destructive things, such as fear, anxiety, anger, jealousy, guilt and shame. There is nothing more disturbing than frustration. Without consciousness and clear intention, there will be NOTHING ELSE. The will of wanting to be more than an athlete is the tragedy of life or the comedy of life- depends on the way you look at it.

Lectures and seminars are held for different types of professional athletes, coaches, referees internationally. The main focus is to reach maximum achievement principles in sports, coaching, and refereeing.

It can be reached through analysis of maximum achievement phenomena such as mental self-control, understanding anxiety, attention training (via neurofeedback and biofeedback technologies). Besides, the „Flow” phenomenon, emotional intelligence, the use of functional ego, the principle „here and now”, self- belief, love, and faith are covered.

Every athlete is firstly a human being, that is why human nature and ego come first. Every “I” is trying to know themselves better and find peace and harmony. However, another part of an “I” is still trying to find conflict. Whether it’s an external or internal conflict, it disrupts and drains one’s physical and mental state. Sometimes it is worth talking with a specialist in such situations.

Consultations can be held via Skype. 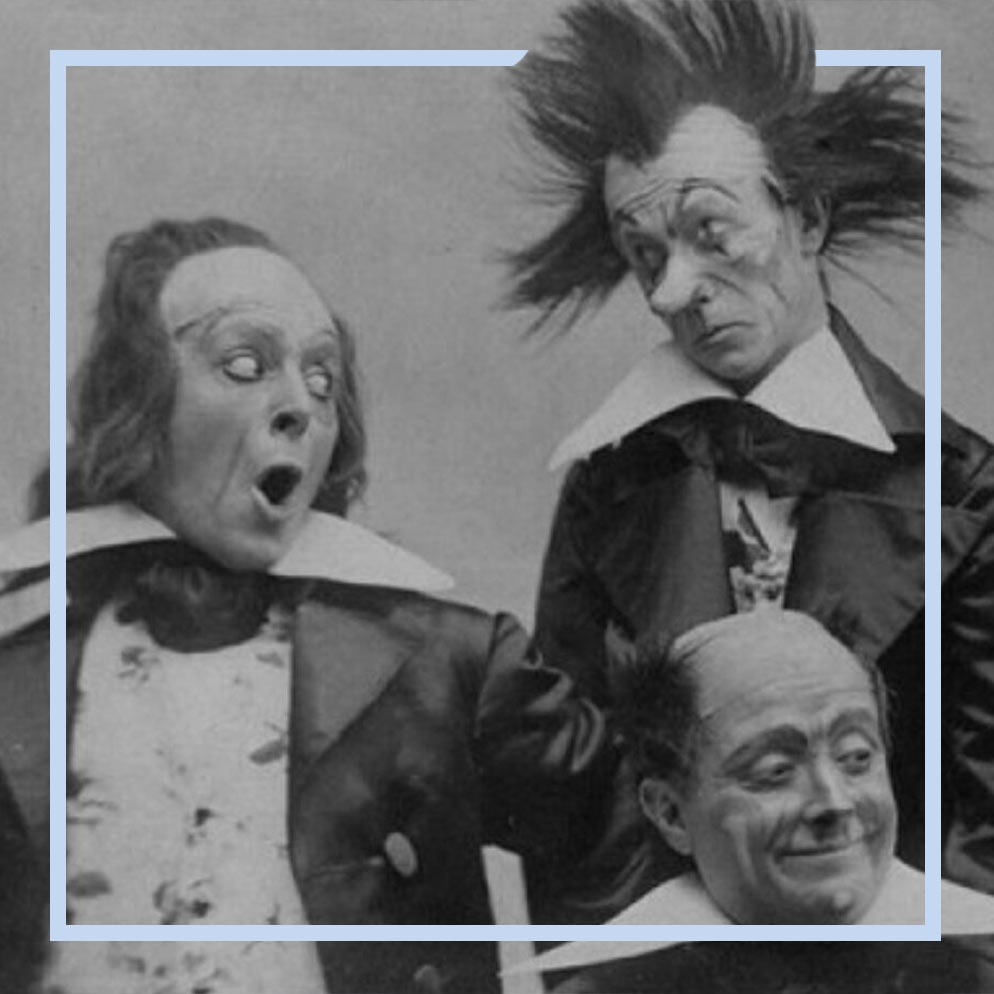 In order not to become „methodical intellect castration products”, not to lose human simplicity and approachability, not to identify with money and not to become a nobody. In order to do business based not on emotion, but on your spiritual and mental strength. To „be” and not to „act”.

Business needs more than you and your money, it needs to be socially responsible, and it needs to be able to share and care. In order to do that, one can’t abandon his soul. No one cares about what kind of shoes you wear in Rome or Paris. No one cares. Maintaining your dignity in business during these capitalistic post-modern times can be challenging.

The goals, actions, and attitudes of private sector businesses are connected with their CEOs and employees and their spiritual wealth. If all that’s left is the chase of glory, consumerism, greed and pride, we have neural and psychosomatic weakness. It transforms into sadness, anger, humiliation, guilt, shame, dissatisfaction and aggression. In these difficult times people, usually CEOs, tend to lock and suppress themselves in order to act tough. Actually, they just flex their muscles to keep emotions, fear, and tears inside. What’s next? Next is aggression, addiction and depression. Addiction with alcohol, drugs, sex, porn, shopping, social media and mainstream media.

For starters, it is enough to take care of your conscience. In order to do that one needs to leave the world of constant static consumerism mind.
I am, when I have money. My mode of life is determined. Be or not to be depends on the amount of money. When conscience is lost- all these things tend to recede and even the toughest businessmen are left naked.

After many years of experience in the sports field, I can see a clear parallel between sports and business.

The main focus is to reach maximum achievement principles in business – using parallels with sports, coaching and refereeing.

It can be reached through analysis of maximum achievement phenomena such as mental self-control, understanding anxiety, attention training (via neurofeedback and biofeedback technologies). Besides, the „Flow” phenomenon, emotional intelligence, the use of functional ego, the principle „here and now”, self- belief, love, and faith are covered.

Every athlete and every businessman is firstly a human being, that is why human nature and ego come first. Every “I” is trying to know themselves better and find peace and harmony. However, another part of an “I” is still trying to find conflict. Whether it’s an external or internal conflict, it disrupts and drains one’s physical and mental state. Sometimes it is worth talking with a specialist in such situations.
Consultations can be held via Skype. 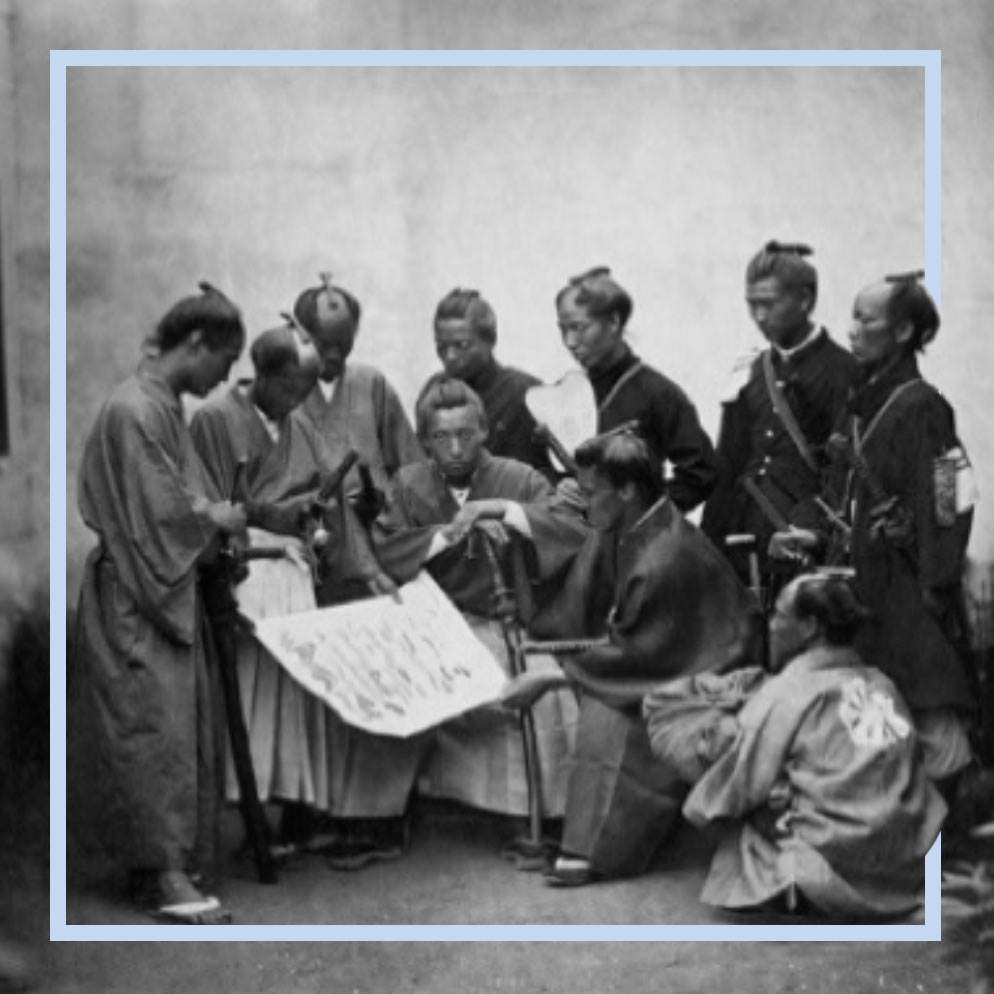